What are autoimmune diseases?

Autoimmune diseases is a condition in which your immune system mistakenly attacks your body.

Normally, the immune system can tell the difference between foreign cells and your own cells.

In an autoimmune disease, the immune system mistakes part of your body, like your joints or skin, as foreign. It releases proteins called autoantibodies that attack healthy cells.

Some autoimmune diseases target only one organ. Type 1 diabetes damages the pancreas. Other diseases, like systemic lupus erythematosus (SLE), affect the whole body.

The early symptoms of many autoimmune diseases are very similar, such as:

With autoimmune diseases like psoriasis or RA, symptoms may come and go. A period of symptoms is called a flare-up. A period when the symptoms go away is called remission.

There are more than 80 different autoimmune diseases. Here are 14 of the most common ones.

High blood sugar results can lead to damage in the blood vessels, as well as organs like the heart, kidneys, eyes, and nerves.

In rheumatoid arthritis (RA), the immune system attacks the joints. This attack causes redness, warmth, soreness, and stiffness in the joints.

Unlike osteoarthritis, which commonly affects people as they get older, RA can start as early as your 30s or sooner.

Skin cells normally grow and then shed when they’re no longer needed. Psoriasis causes skin cells to multiply too quickly. The extra cells build up and form inflamed red patches, commonly with silver-white scales of plaque on the skin.

Up to 30 percent of people with psoriasis also develop swelling, stiffness, and pain in their joints. This form of the disease is called psoriatic arthritis.

Multiple sclerosis (MS) damages the myelin sheath, the protective coating that surrounds nerve cells, in your central nervous system. Damage to the myelin sheath slows the transmission speed of messages between your brain and spinal cord to and from the rest of your body.

This damage can lead to symptoms like numbness, weakness, balance issues, and trouble walking. The disease comes in several forms that progress at different rates. According to a 2012 studyTrusted Source, about 50 percent of people with MS need help walking within 15 years after the disease starts.

Although doctors in the 1800s first described lupus as a skin disease because of the rash it commonly produces, the systemic form, which is most the common, actually affects many organs, including the joints, kidneys, brain, and heart.

Joint pain, fatigue, and rashes are among the most common symptoms.

Inflammatory bowel disease (IBD) is a term used to describe conditions that cause inflammation in the lining of the intestinal wall. Each type of IBD affects a different part of the GI tract.

Addison’s disease affects the adrenal glands, which produce the hormones cortisol and aldosterone as well as androgen hormones. Having too little of cortisol can affect the way the body uses and stores carbohydrates and sugar (glucose). Deficiency of aldosterone will lead to sodium loss and excess potassium in the bloodstream.

Graves’ disease attacks the thyroid gland in the neck, causing it to produce too much of its hormones. Thyroid hormones control the body’s energy usage, known as metabolism.

Having too much of these hormones revs up your body’s activities, causing symptoms like nervousness, a fast heartbeat, heat intolerance, and weight loss.

One potential symptom of this disease is bulging eyes, called exophthalmos. It can occur as a part of what is called Graves’ ophthalmopathy, which occurs in around 30 percent of those who have Graves’ disease, according to a 1993 studyTrusted

This condition attacks the glands that provide lubrication to the eyes and mouth. The hallmark symptoms of Sjögren’s syndrome are dry eyes and dry mouth, but it may also affect the joints or skin.

In Hashimoto’s thyroiditis, thyroid hormone production slows to a deficiency. Symptoms include weight gain, sensitivity to cold, fatigue, hair loss, and swelling of the thyroid (goiter).

Myasthenia gravis affects nerve impulses that help the brain control the muscles. When the communication from nerves to muscles is impaired, signals can’t direct the muscles to contract.

The most common symptom is muscle weakness that gets worse with activity and improves with rest. Often muscles that control eye movements, eyelid opening, swallowing, and facial movements are involved.

Autoimmune vasculitis happens when the immune system attacks blood vessels. The inflammation that results narrows the arteries and veins, allowing less blood to flow through them.

This condition causes deficiency of a protein, made by stomach lining cells, known as intrinsic factor that is needed in order for the small intestine to absorb vitamin B-12 from food. Without enough of this vitamin, one will develop an anemia, and the body’s ability for proper DNA synthesis will be altered.

People with celiac disease can’t eat foods containing gluten, a protein found in wheat, rye, and other grain products. When gluten is in the small intestine, the immune system attacks this part of the gastrointestinal tract and causes inflammation.

A 2015 studyTrusted Source noted that celiac disease affects about 1 percent of people in the United States. A larger number of people have reported gluten sensitivity, which isn’t an autoimmune disease, but can have similar symptoms like diarrhea and abdominal pain. 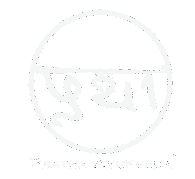 the joy of vedic health solutions