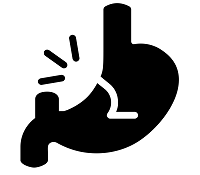 Having fewer than three bowel movements a week is, technically, the definition of constipation. However, how often you “go” varies widely from person to person. Some people have bowel movements several times a day while others have them only one to two times a week. Whatever your bowel movement pattern is, it’s unique and normal for you – as long as you don’t stray too far from your pattern.

Regardless of your bowel pattern, one fact is certain: the longer you go before you “go,” the more difficult it becomes for stool/poop to pass. Other key features that usually define constipation include:

People of all ages can have an occasional bout of constipation. There are also certain people and situations that are more likely to lead to becoming more consistently constipated (“chronic constipation”). These include: